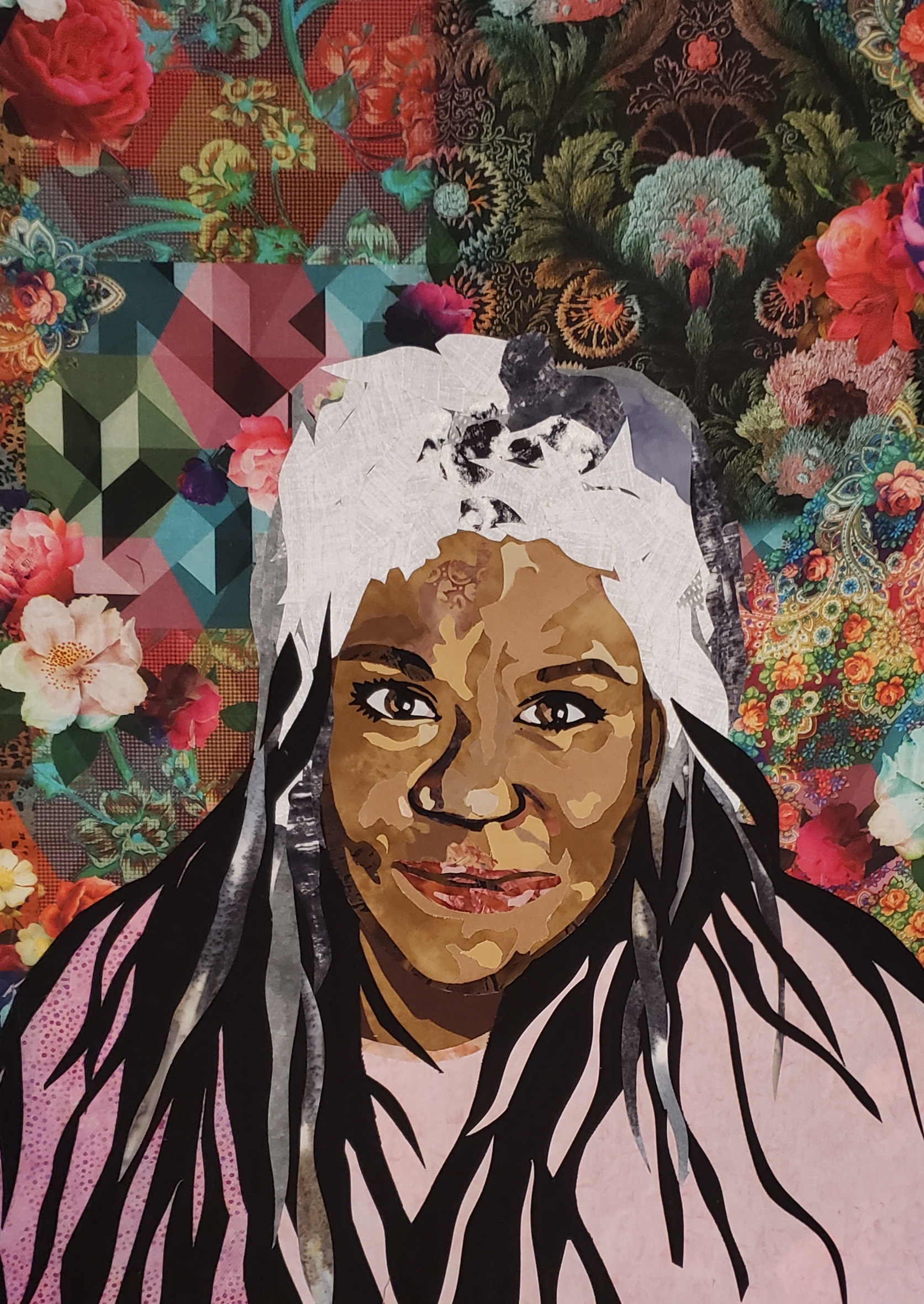 The Gilda Snowden Memorial Exhibition, formerly titled the Silver Medal Exhibition, was renamed in 2015, to honor the memory of the former Detroit artist, educator, and mentor. It is an annual unthemed, all-media exhibition, open to all artists.

artist, beloved teacher, community champion, and mentor to thousands of young artists. When

she died, she left the city bereft - a gaping hole so big that it left the art community and its

Gilda was a doer and a giver. As an educator, she offered encouragement, support, and the kind

of personal attention and practical advice that launched the careers of countless young artists.

She was known for her “I see you, and I know what you can be” academic philosophy. As a

galleries, and brought together groups to create engaging art experiences throughout the city’s

neighborhoods.  She was also a tireless supporter of Detroit’s art scene, attending and

documenting, on her now-legendary YouTube channel, events and exhibitions across the city.

master’s degrees at Wayne State University, where she studied with painter John Egner, one of

the linchpins of the Cass Corridor tribe of artists from whom Gilda drew much inspiration.

constructs with an art-historical application, she created striking, poetic works that became

bravely personal objects - her various series, from Tornados to Imaginary Landscapes to Flora

Urbana, beat paths into her own heritage, history, urban environment, and love of nature,

Gilda Snowden was a magnetic source of inspiration to many. She was a beacon of what our arts

community truly embodies – generosity, spirit, and verve. I think that she’d be thrilled to have

an exhibition named in her honor. So, with The Scarab Club’s annual Gilda Snowden Memorial

Exhibition, may her memory and influence continue to radiate through our community.

Michelle Perron is a respected cultural animator and advocate for the Detroit cultural community. She is an accomplished curator, gallerist, fundraiser, writer, event producer, educator, and art activist who has devoted her career to engaging broad audiences with the limitless power of the arts to engage, inspire and motivate. She currently serves as Director of the Executive Office for The Kresge Foundation, where she executes special projects and provides multi-faceted support to the Kresge President and CEO. For 21 years, from 1998 to 2020, she ran the Office of Exhibitions & Public Programs at the College for Creative Studies in Detroit. She was also Founding Director of Kresge Arts in Detroit at CCS, The Kresge Foundation’s initiative that produces the Kresge Artist Fellowships and the Kresge Eminent Artist Awards and provides broad support to Detroit/s art ecosystem. Michelle has curated hundreds of exhibitions, hosted lectures by major international artists and scholars, served on boards and committees of Detroit's major visual arts organizations, and has been an arts community activist since the 1980s. A native Detroiter, Michelle’s professional career has included posts at organizations such as the Detroit Symphony Orchestra, Michigan Gallery and O.K. Harris Works of Art in the Detroit area, and Merce Cunningham Dance Company and Art et Industrie Gallery, both in New York City. She studied art history at Ohio Wesleyan University and Wayne State University.

Be the first to know when we add new items to The Scarab Shop!